In the Media — CHEX News on Parkway Reaction

CHEX Television News has just produced this report on public reaction to the Parkway proposal, filmed at the Parks Not Parkways display in Jackson Park over the weekend.

“After decades of debate the proposed Peterborough Parkway is once again stirring outrage. City council will discuss the project at numerous meetings over the next few weeks… If approved, a new 4-lane bridge could be built right over Jackson Park.
On the weekend, regular users of the park shared their concerns.” 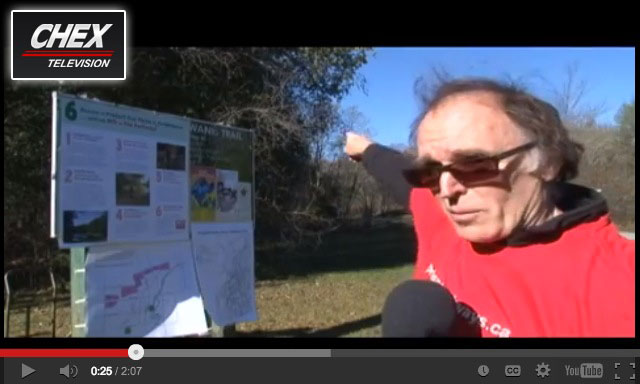 Rob Steinman of Parks Not Parkways points to the proposed site of a 4-lane bridge through Jackson Park.

This entry was posted in Voices and tagged is_this_right?, media, tv, video. Bookmark the permalink.